You are here:Blog > How our Fake Food Business ended up winning an Award thanks to Online Marketing! 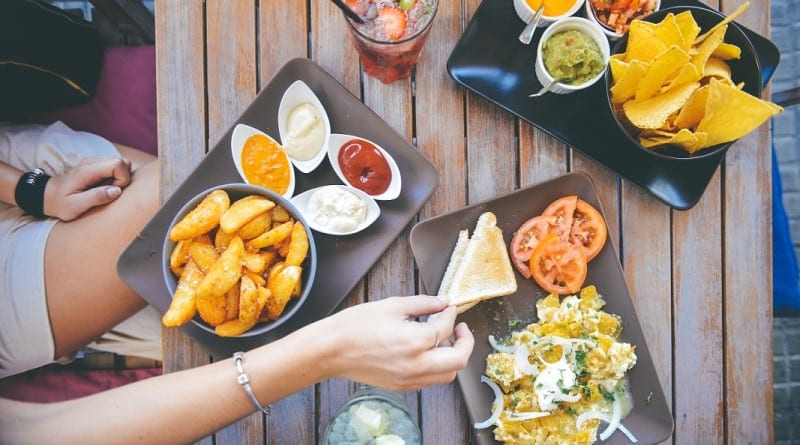 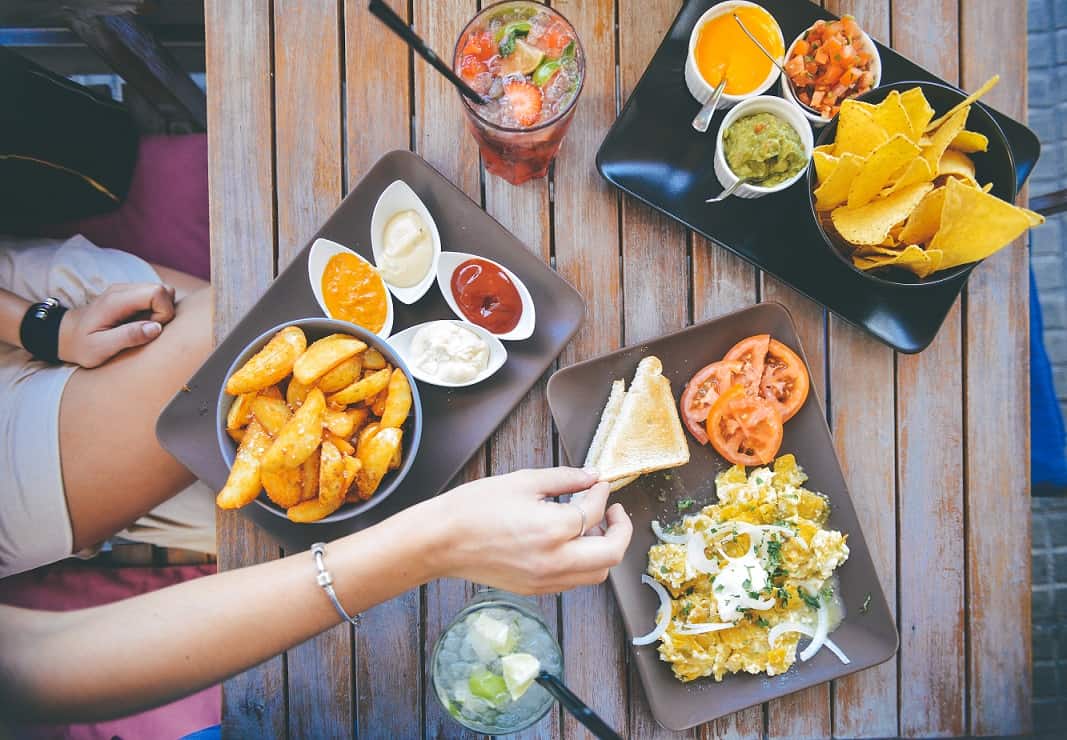 Former agency executive Marc Cowper, now boss of start-up Recomazing, embarked on an experiment to see how easy it is to buy endorsements from influencers for a fake business. To his dismay, he won an award, which he argues highlights the potential for manipulation and dishonesty by social media influencers. Lets hear his story, in his own words.

Our Fake Business Social Experiment, a step by step play!

1. First, we set up a fake business by designing a logo and creating a company blog. This cost us nothing and 30 minutes of our time using Canva (Canva if you’re reading this – we love you!) 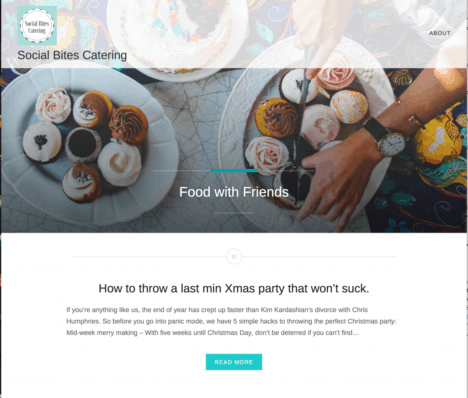 2. We then went searching for ways to pay for a social following. With over 37 million results, there were a few options to choose from.

3. So we bought a 24,000 strong Twitter following. This took us 30 minutes and cost $30 (But big deal right, everyone knows people have been stupidly buying social followings for years…yeah, fair enough…let’s dig a little deeper then).

4. We then paid “influencers” with a hefty Twitter (15K+) following to promote our business. They were even happy to Tweet using images with our logo Photoshopped on it!Total cost was $25 and three hours time. 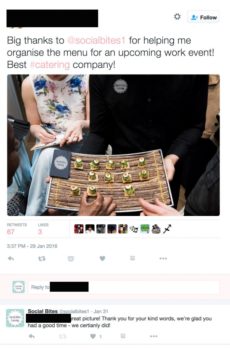 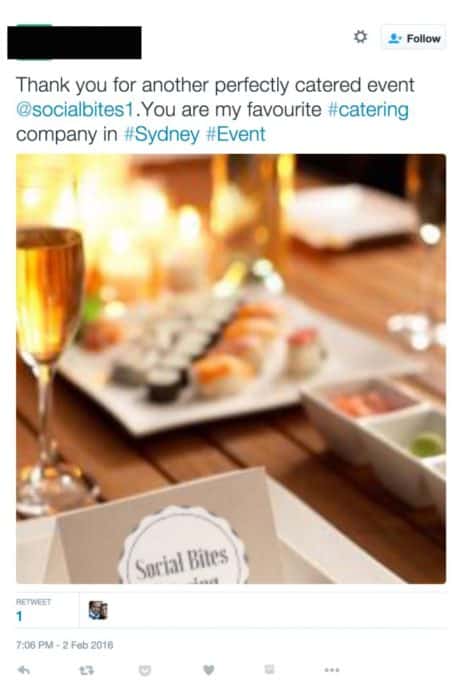 (Could it be that these ‘influencers’ are most likely people who have just bought their own followers to trick businesses into paying them?!

5. Ok, so then we registered our business on two leading Australian review sites and went searching for people to write fake reviews for our non-existent business. We were hopeful that this would be a little more difficult, but it wasn’t.We found thousands of profiles offering to write false 5-star reviews for any type of review site. We could sleep easy knowing we were going to receive great service from these people because it just so happened that all of them had received their own high review scores (how wonderfully reassuring!) 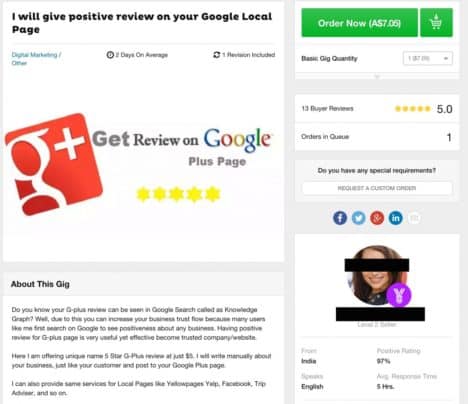 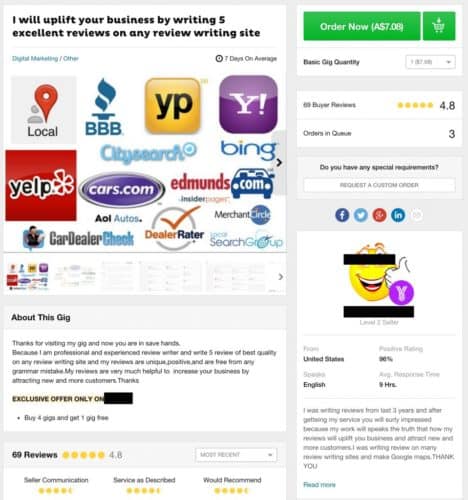 It wasn’t long before our fake business was ranked as the number one unpaid listing in its category. In total, this cost us $99 and two hours of our time.

To be fair, review sites are trying to combat this issue based on automated algorithms profiling the user. Trip Advisor, as an example, have teams of people dedicated to trying to minimise this issue.  However, when a court case for over $700,000 was recently filed against them for not doing enough to stop false reviews, the global giant successfully defended the case by essentially saying false reviews were a phenomenon that even they couldn’t stop.

“TripAdvisor never asserted that all the opinions were real, even mentioning that verification was impossible…” said the administrative court ruling.

6. Lastly, the icing on the non-existent cake was when our fake business won a ‘Customer Service Award’ from one of the review sites (well-done team, those late nights paid off!).  The awards are determined by an algorithm which is suppose to identify fraudulent reviews.

So what does this mean for marketers?

If you are reading this then you’re most likely smart enough to know that buying Social Proof or basing your influencer strategy solely on reach instead of an authentic relationship is a horribly stupid idea – but it obviously hasn’t stopped people doing it. The point of this experiment is that this deceptive conduct is not only being done, it is being done at such a mass level that it’s creating its own little economy. This all ladders back up to generating further consumer trust issues in these Social Proof channels that we rely on.

(#DDRecommendedRead – What is Influencer Marketing and how can it influence your brand?)

To put the impact in perspective, after wrapping up his investigation into false reviews and bringing charges against participating companies, the New York Attorney General, stated: “What we’ve found is even worse than old-fashioned false advertising. When you look at a billboard, you can tell it’s a paid advertisement — but on Yelp or Citysearch, you assume you’re reading authentic consumer opinions, making this practice even more deceiving.”

As is so often the case, the bad decisions by a few are ruining it for the rest of us as our target audiences become increasingly aware that businesses are out there buying likes, reviews, fans, comments and that their beloved Instagram heroes are transforming into skin covered billboards.

It’s a deceptive undertaking that is happening on a daily basis at scale so don’t expect Google to change its opinion of the Marketing and Advertising industry anytime soon.

So, does this mean you shouldn’t be aiming to create Social Proof in your own marketing? Not really, the research shows us that it’s still far more effective than traditional advertising when it comes to converting a sale.

But does it mean you should be more considerate of how you roll out your Social Proof or Advocacy strategy…absolutely! It’s why our clients compliment their existing Social Proof strategy by tapping into the only marketing channel that comes with its own inbuilt trusted relationship that can’t be bought – recommendations between friends.

In fact, it’s the reason why the majority of Recomazing Employees, Board of Directors and Investment team are actually current or ex-advertising execs who wanted to create a platform that took away the reliance on advertising and instead rewarded great CX with advocacy.

One thing is for sure – Customer Advocacy is currently having its time in the spotlight.

For more interesting insights from the world of digital, join Digital Defynd’s super engaging community on Facebook or add yourself to our weekly mailer. You can also connect with us on Twitter or LinkedIn. No Spam. Promise. 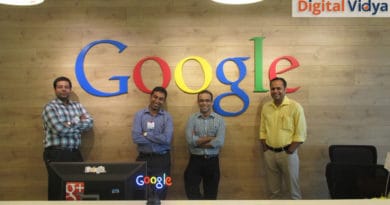 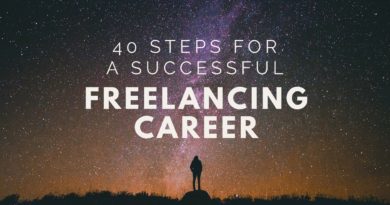 How to build your Successful Freelancing Career

November 8, 2017 Prateek Shah Comments Off on How to build your Successful Freelancing Career 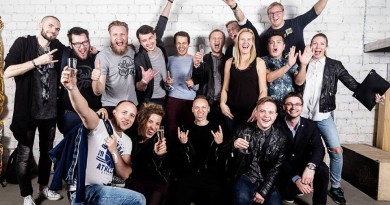 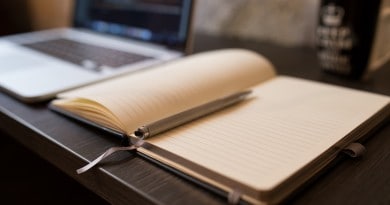 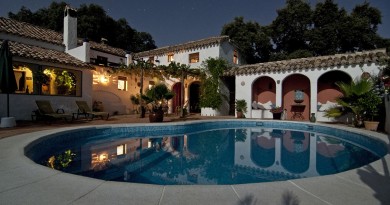 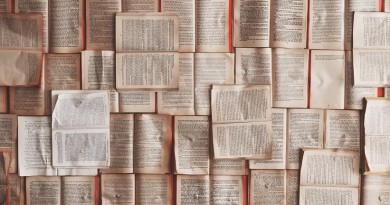 8 Unconventional Ways to become a Better Writer and Marketer

2 thoughts on “How our Fake Food Business ended up winning an Award thanks to Online Marketing!” 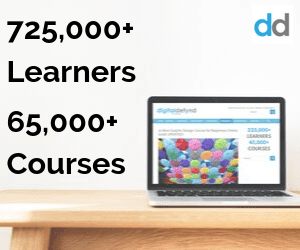 What do you want to learn?